I don't recall when exactly I read Martin Gardner's article on mnemonics [Scientific American, October 1957; 'The Scientific American Book of Mathematical Puzzles & Diversions', 1959; reprinted as 'Hexaflexagons and Other Mathematical Diversions', 1988] but it was likely sixty years ago when I lived on Claremont Street and came across the 1959 book on puzzles and diversions, borrowed from what must have been the 'Boys & Girls Library' at Manning Ave. & Robinson St. I didn't get into Martin Gardner and Scientific American as an obsession until a few years later, December 1967 being my first store-purchased issue. 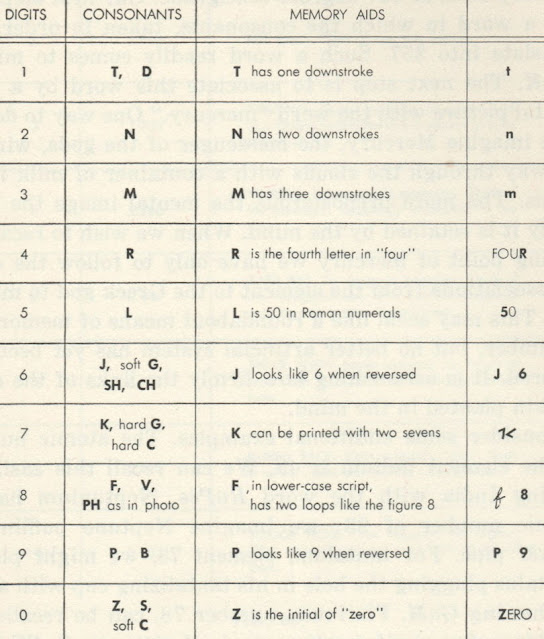 I was reminded of this by Futility Closet's recent 'Words and Numbers' which adjusts slightly Gardner's version (above) and gets into some π mnemonics. I had myself created one of these back then: "My tired lip, Angela, my lip." Twelve digits. Not too shabby and I recalled it after all these years, although I did attempt at first to place the 'tired' in front of the second 'lip'. I also remembered that the final p=9 wasn't actually π's twelfth digit but a rounding-up approximation. There is a much more intensive explanation/application of this particular use of mnemonics, here.

Posted by Hans Havermann at 3:14 PM