3, 31, 314159, and 31415926535897932384626433832795028841, are the first four terms in the "pi-primes" sequence: A005042. That 38-digit fourth term was attributed by Martin Gardner (in 1979) to Robert Baillie and Marvin Wunderlich. By 2000, a larger (fifth) term had yet to be found. That year, Clifford Pickover (under the guise of Dr. Googol) wrote in his "Wonders of Numbers" that there are likely infinitely many terms but "neither humans nor any lifeforms in the vast universe will ever know the next prime... It is simply too large for our computers to find." I wrote about Pickover's gross underestimation of computational progress previously and this serves as another example.

A fine point is that — as of this writing — the fifth to eighth terms are not proven primes, but probable only. That should not deter one from (pragmatically) thinking of them as primes.
Posted by Hans Havermann at 9:10 AM No comments: 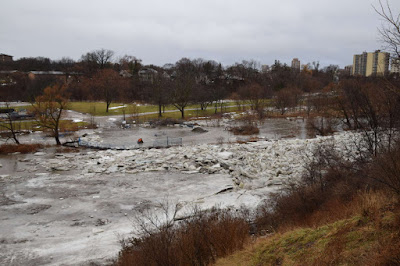 Yesterday morning, a mild spell had fractured enough of the local Humber river ice — created over several weeks of bitter cold — to have started a small ice "jam". The ice jumbles reach river bottom and thus prevent water from flowing underneath. Diverted water flows in the Raymore Park floodplain on the other side. Here's how it looked from there: 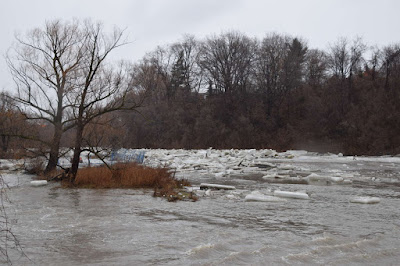 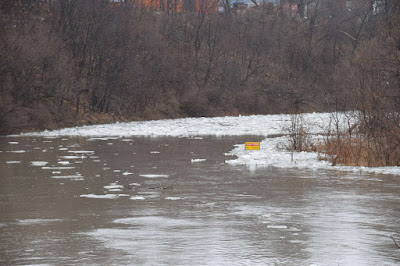 ... but an hour later, chunks of new upstream ice were pushing into it: 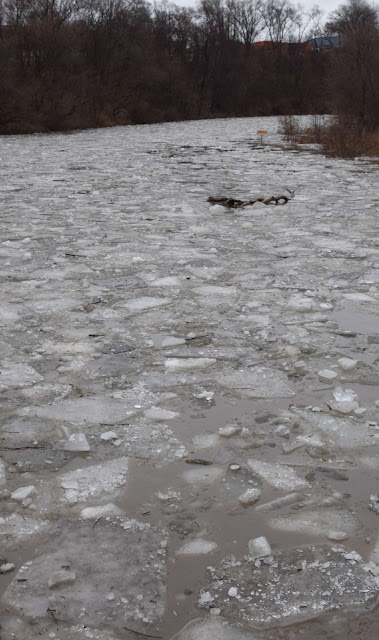 Here are a couple more views from Raymore Park: 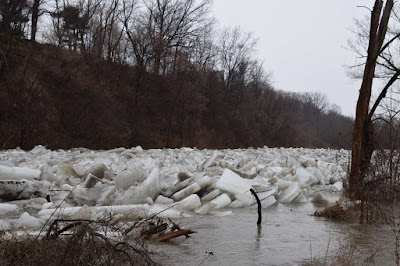 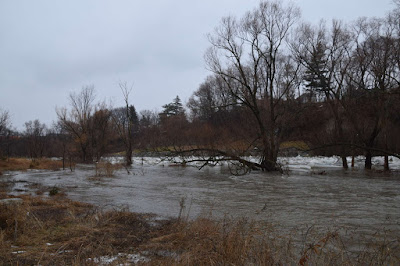 Somewhat surprisingly, the Raymore island beaver was out and about: 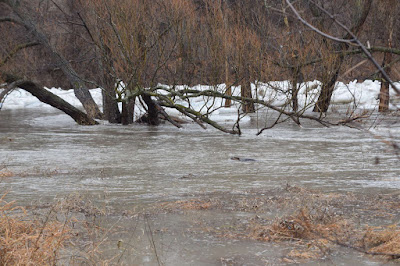 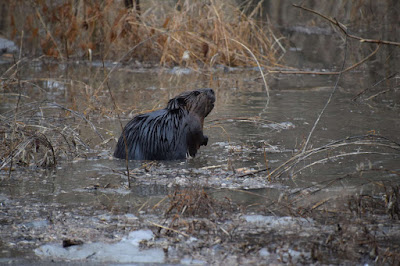 By this morning, the river was flowing once again. Some of the ice had become wedged in the narrow channel on the east side of Raymore island: 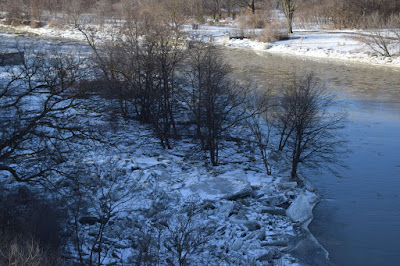 I believe that this year's ice jam is the first significant one in seven years. My record of the 2010 ice jam (with a link to the 2009 one) is here.
Posted by Hans Havermann at 11:00 AM No comments: