The year-ago ice jam hit the Raymore Park construction site hard. The area was the west-side-of-the-river staging point for an under-the-river pipe-refitting project. 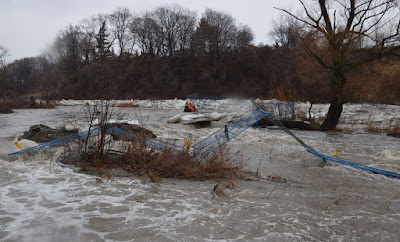 A few months later things seemed back to normal. There were a couple of dirt mounds adjacent to the manhole entrance. 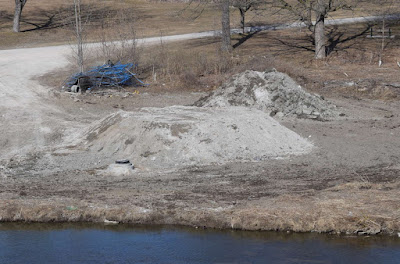 In light of the recurring ice jams on the river, an engineering student might have thought to distribute the dirt in situ so as to level the top of the manhole with the surrounding ground. But there were no such engineering students on hand, so they decided to haul the dirt away. 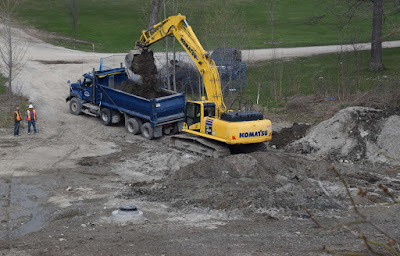 In late-September, early-October, a thin layer of soil — likely with embedded grass seed — was added to the site. 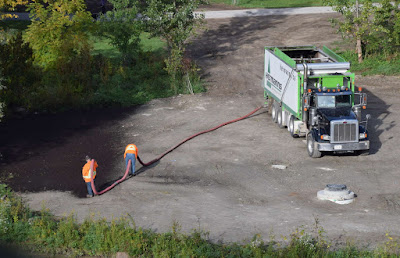 Here is how the manhole entrance appeared on October 16: 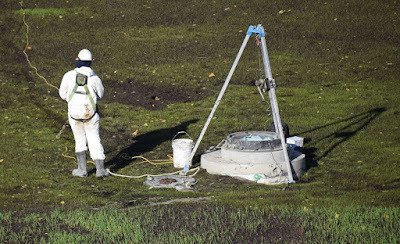 Here is how it appeared this morning after the current warm-spell ice melt: 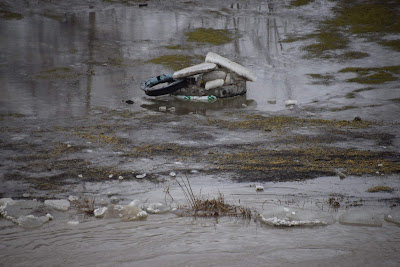 I'm wondering if the top concrete layer has been sheared off.

February 8: It has been discovered. 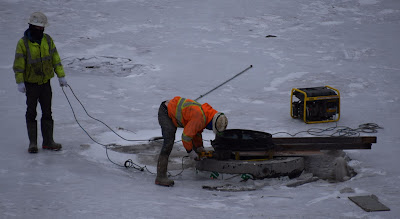 February 9: A small piece of the fractured top concrete layer is visible at the far right. 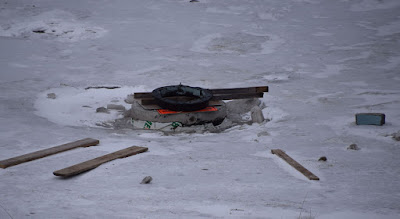 February 13: They're working on it. 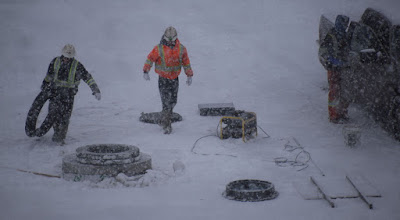 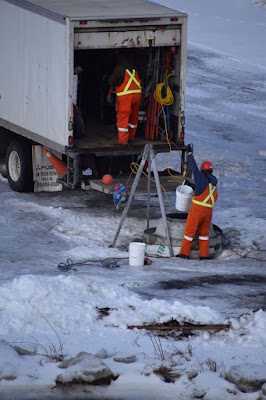 February 16: Until the next time! 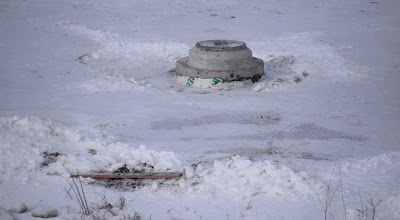 Posted by Hans Havermann at 2:50 PM No comments: