It's bigger than we thought 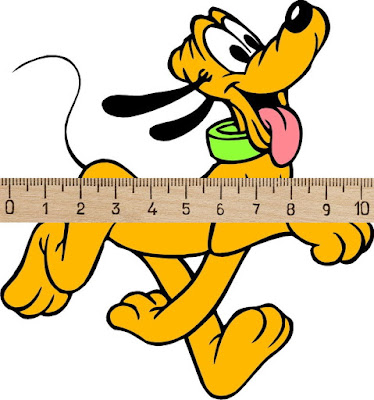 Phil Plait's Bad Astronomy blog (for Slate) this morning had me in a wee bit of a tizzy. One might have expected better. Plait's contention that the very preliminary New Horizons Pluto diameter of 2370 ±20 km somehow betters the previous estimate — which he thought was 2368 ±20 km — is just silly and (likely because a few of his readers said so) he has since done a couple of updates to soften the headline.

It gets worse. It is true that there was — and continues to be — a lot of confusion about Pluto's diameter. I don't know who first thought to add the ±20 to the 2368 km but a number of current online planetary sources had it. However, the 2368 almost certainly comes from an article about the variation of methane abundance in Pluto's atmosphere. The authors suggest:

So their estimate is actually 2368 ±8 km! In his second update Plait says: "Emily Lakdawalla in the article linked in the first update says that the new measurements reduce the uncertainty quite a bit, and I'm inclined to agree." Really? Why would Lakdawalla suggest this? Last year Emily Lakdawalla authored an article titled When will we know which is bigger, Pluto or Eris? In it, Lakdawalla quotes Alan Stern (principal investigator of the New Horizons mission) saying that "we already know the radius to ± 20 kilometers", to which she explains (in brackets) that "they know the diameter to ± 40 kilometers". Wow!
Posted by Hans Havermann at 9:01 PM No comments: 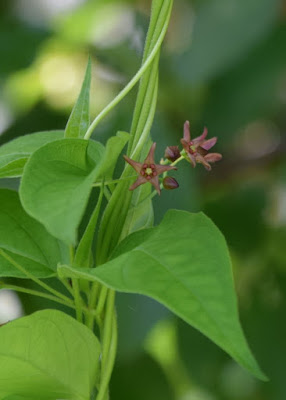 For many years now I have been an admirer of the mechanics of swallowwort growth. If two or more of the spindly stalks are sufficiently close together, they will (on contact) braid themselves into a more sturdy (rope-like) superstalk. The additional strength of this structure allows the plants to reach higher, before weight (eventually) arches them over. If under a tree, that extra push may be all that is needed to reach a lower branch. The vine (Cynanchum rossicum) is invasive in North America and there is plenty of it in the local (private) cemetery. A relative of American milkweed, the thickets created by the plant have given it the moniker dog-strangling vine. 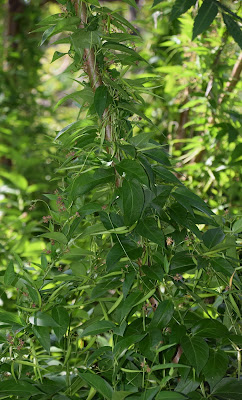 Posted by Hans Havermann at 3:30 PM No comments: