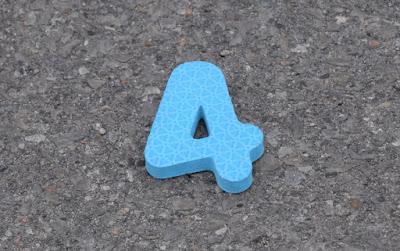 Posted by Hans Havermann at 12:12 PM No comments:

My great-great-grandfather Rudolph was born in 1800, likely in Körbecke, and died in nearby Neheim in 1869. The use of genannt in my father's ancestors' names has always been bothersome to me and there are (German) explanations of its usage but I like to think that the Draht here is just an acknowledgement of Rudolph's mother's maiden name. I come to write about this man because of the mortality of his eight known-to-me children.

I've got Rudolph embedded in an extended Havermann family text chart and, as well, in a slightly more limited pictorial chart.
Posted by Hans Havermann at 2:30 PM No comments:

I noticed that the 2007 movie Fracture was on Netflix and so I thought I'd watch it again. I hadn't seen it since August 2009, a fact I was able to recover because I wrote a blog piece about a chess position in the film. I ended the item with a question about the six captured black pieces — which weren't visible in my movie-still grab. With the better-resolution Netflix version, I took it upon myself to retake a screen snippet of the board:

So the six captured black pieces were there all along, hidden in the poor contrast of my 2009 screen grab!
Posted by Hans Havermann at 12:28 AM No comments: 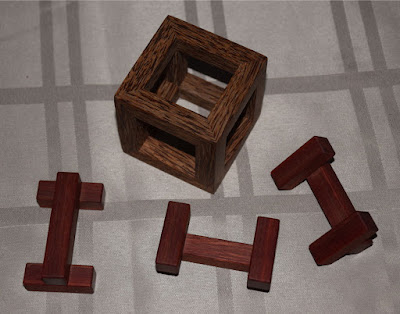 Designed by Yavuz Demirhan, realized by Brian Menold, this recently acquired puzzle more than tests my patience. The three identical pieces (two one-by-three bars attached to a one-by-five bar) fit — without any protuberances — within the (five-by-five-by-five) cubic cage. It arrived assembled and I was careful in taking it apart, but after I had reassembled it a second time it no longer came apart as I expected! And by the time I did get that disassembled I had forgotten how it was supposed to come together. Complicating things ever so slightly is that one of the frame's twenty-four inside edges is a touch less than three units long, presumably a production flaw and not part of the design. I'm getting too old for this type of toy.
Posted by Hans Havermann at 4:44 PM No comments: