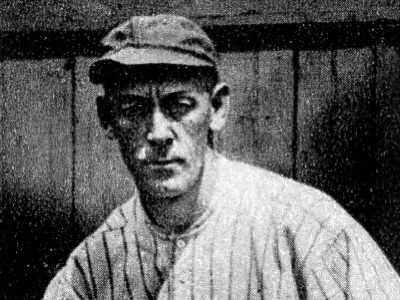 The first thing to note is that when you search for Irvin K. Wilhelm in Wikipedia, it redirects to Kaiser Wilhelm (baseball). They had to add the word 'baseball' to distinguish the man from the real Kaiser Wilhelm to which the then-applied name referred: German emperor Wilhelm II. Make no mistake, 'Kaiser' during World War I was a derogatory moniker and calling Irvin this name was not meant to endear him to you but, rather, to get under his skin. Irvin abhorred it! It strikes me as unconscionable that (83 years after Irvin's death) Wikipedia continues to perpetuate the pejorative as their gateway for the man. I guess (a century after World War I) people no longer relate to the vitriol once hurled. I tried on 8 July 2011 to change this sad state of affairs but a Spanneraol reverted my edit (thirty minutes after I made it) because Kaiser Wilhelm "is the most common name used for him, MLB and baseball reference use it and those are the sources we go by." Wow! Imagine if the gateway entry for Mary Mallon was Typhoid Mary because — well — who the heck knows Mary Mallon?

The second thing to note is that Wikipedia's date of birth for Irvin has been 26 January 1874 from the article's inception on 26 July 2005 to now, with a brief respite to reality from 21 August 2008 (when I changed the date to 1877, Irvin's actual birth year) until 7 January 2009 (when a Woohookitty changed it back to 1874 as "per several sources, namely the baseball cube and baseball-reference.com"). I discovered the unfortunate reversion on 8 July 2011, on which date I attempted again to correct the record. I noted: "Any baseball site still listing his birth year as 1874 is perpetuating an error." This time I added a reference to the 1900 census clearly indicating his birth year as 1877 and his age as 23. The edit lasted less than two hours. Spanneraol (yes, the same person that thinks it's OK to perpetuate a personal invective because it is common) reverted the edit. No reason was given.

There is no question that Irvin Key Wilhelm was born on 26 January 1877. In addition to the 1900 census noted above, there is (most importantly) his Wayne County birth record. In the 1880 census he is, unsurprisingly, three. Irvin's 1902 marriage record has his age as 23, which would have had him born in 1879. The 1910 census would have had him born in 1878. His 1918 draft registration lists his birth year as 1879. The 1930 census would have had him born in 1879. So the evidence suggests that around 1901, Irvin managed to get a couple of years younger! According to Gregory H. Wolf, this age reduction was actually a longstanding tradition among ballplayers. Wolf's Wilhelm-biography for the Society for American Baseball Research is excellent — even if the header is 'Kaiser Wilhelm'. He uses 1877 for the birth year but footnotes: "baseball-reference.com gives the date 1874". I think that this is no longer the case.

Irvin K. Wilhelm died at the age of 59. Wikipedia would have his age have been 62. As bad as that is, I'll point out that Wilhelm's short obit in the New York Times stated that he was 53 (and misspelled his name Irving to boot). Ouch! 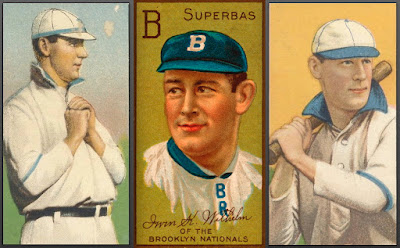 Posted by Hans Havermann at 6:45 PM No comments: