Back in 2001 I used Mathematica to create a very rough image of an antipodal New Zealand atop the countries of Portugal, Spain, and Morocco: 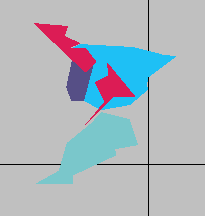 Antipodal New Zealand here (in case you didn't recognize it) is in red. I'm pleased to see that the latest version (12) of Mathematica does this sort of thing using a built-in GeoAntipode function and the country graphics are much improved: 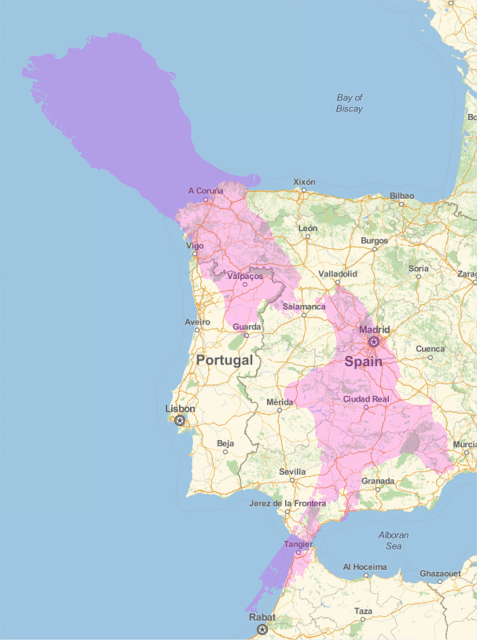 What a difference! Carl Lange calculated that about 60% of New Zealand has above-sea-level land at its antipode.
Posted by Hans Havermann at 7:33 PM No comments:

I've decided to create a depository here for large unknowns (indices up to one million) in OEIS sequence A228474. The actual greater-than value for some of the entries will change slowly with time as I resolve some of the particulars.

• My working a-file: indexed text file [15.4 MB] or deindexed and compressed [2.1 MB]
• My pictures:  a graph up to the first high plateau; plateauing just beyond 847000
• My gratitude: to Hugo van der Sanden whose C coding has made this possible
Posted by Hans Havermann at 4:30 AM No comments:

This is meant to complement today's Futility Closet entry titled "Oops". Most folk will assume that the article's photograph (it was subsequently removed) was of the so-called Fort Blunder, the misplaced 1816 incomplete fortification. It was not. The photo was of Fort Montgomery. Wikipedia suggests that the construction of Fort Blunder "stopped and the site was abandoned. Much of its material was scavenged by the locals for use in their own homes and public buildings."

Curious about Fort Blunder's actual location, I screen-grabbed this Google Earth image. Assuming that the first fort was on the same side of Lake Champlain as Fort Montgomery, Rue Martin would be 1.2 km north of the 45th parallel, which is the suggested location. 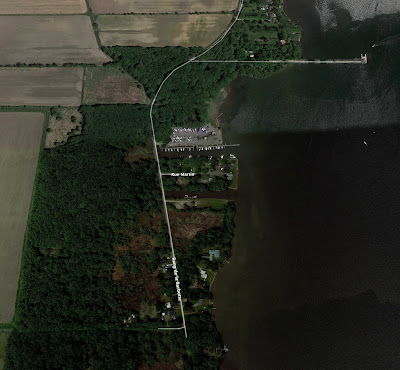 Posted by Hans Havermann at 10:29 AM No comments: