Climb to a prime 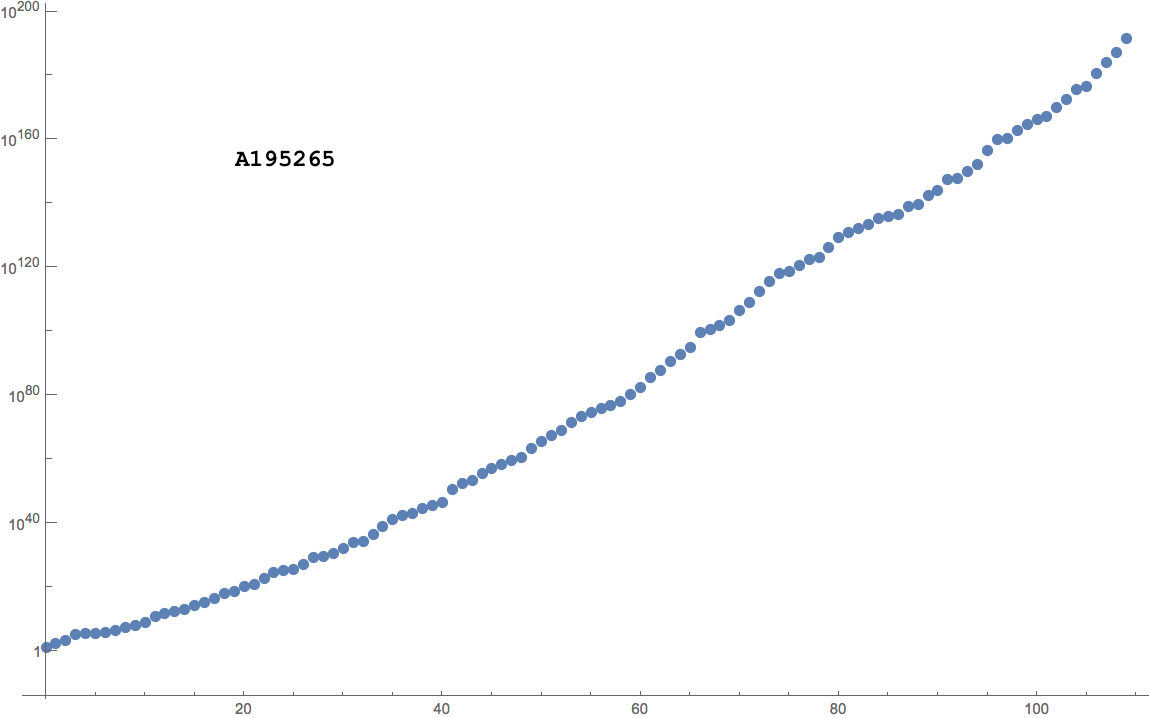 I took on my table of A195264 three years ago. I am still chipping away at the currently-317 primary unknowns (out of 10000), extending ECM-factorization attempts from 2000 to 5000 curves. I'm not yet even half-way through the list. Occasionally factordb will have found for me (over time) the large factors for up to 116-digit composites! And in a handful of cases I have evolved an unknown into a prime — which finishes those unknowns from consideration, but there are plenty more.

I've been a little resentful that I hadn't picked the arguably aesthetically-better (one less arithmetic symbol with which to deal), historically better-known home prime sequence (A037274) on which to while away my time. No matter now: John Conway has offered $1000 for a resolution (see the video here, from 19:20 to 22:30) to term #20 of A195264, not term #49 of A037274 — which he could easily have picked instead. I don't believe that (mathematically) it makes any difference: one is as contrived as the other. Conway's point (I think) is that there exist easily-stated but impossible-to-prove conjectures about such sequences. To collect the $1000, you will almost certainly have to luck into a prime in the evolution, because proving that it doesn't evolve into a prime may well be impossible.

While the prize may spur some to further evolve A195265, it may also impede them from sharing any results of that effort. I hope that's not the case.
Posted by Hans Havermann at 8:20 PM 13 comments: 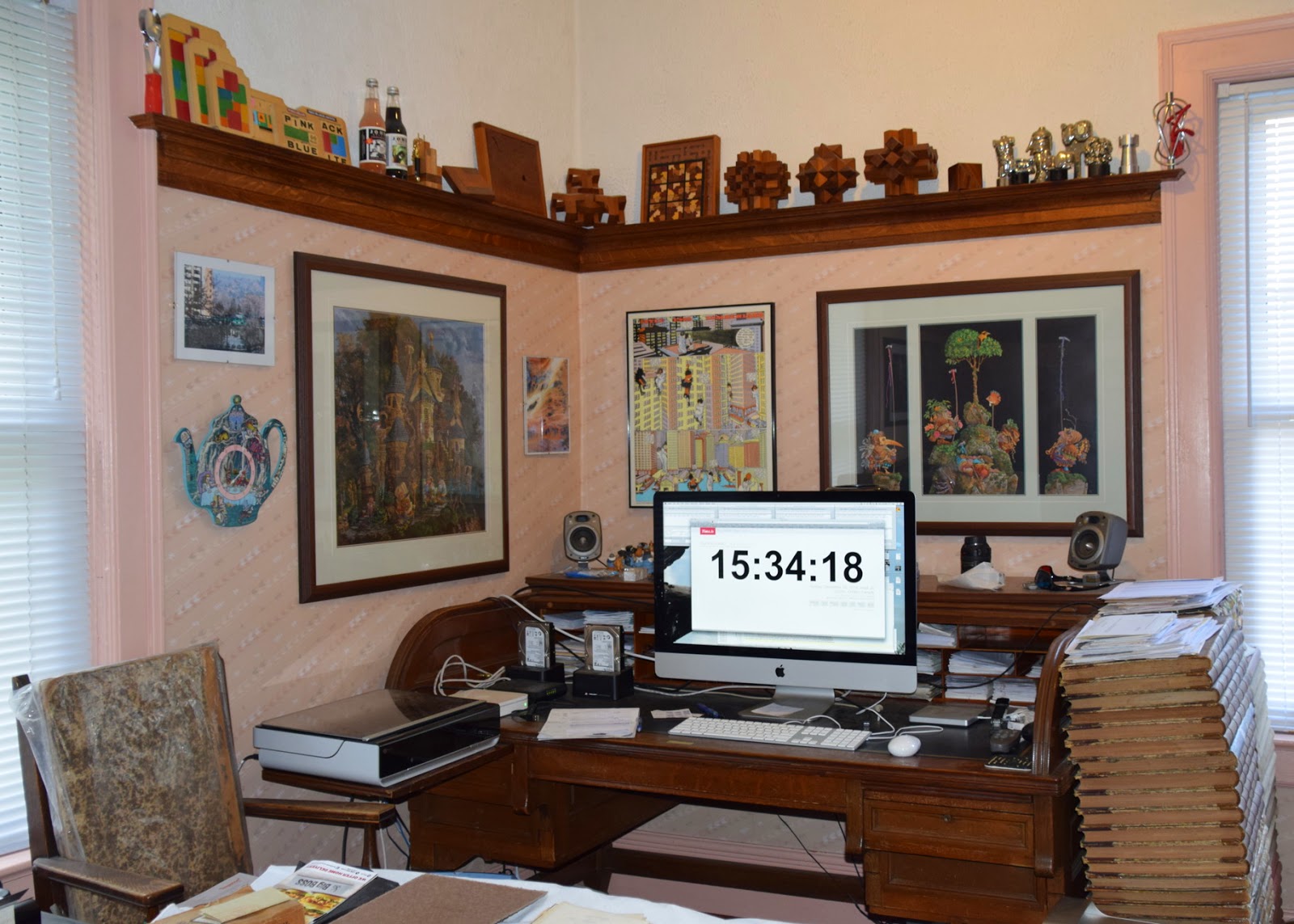 My D5300 has a GPS chip in it. I don't own a mobile phone so this is actually my first acquaintance with the capability. Of course I enabled it, even though I suspect that it will be a drain on the camera's battery. As it turns out, only about one in seven of my photos had the location data embedded in it and a cursory look indicated location placement wasn't necessarily all that close. A handful of waypoints had me on the opposite side of the Humber river from where I actually was!

There is an upside. The camera has a set clock from satellite option and I had turned on this feature. The above photo was captured on September 28, exactly 19 days after my first photo taken just after I manually set the camera's clock. The photo's embedded time-stamp was still in sync with real time, indicated here by a website clock. I may never have to correct the camera clock again.
Posted by Hans Havermann at 3:34 PM No comments: 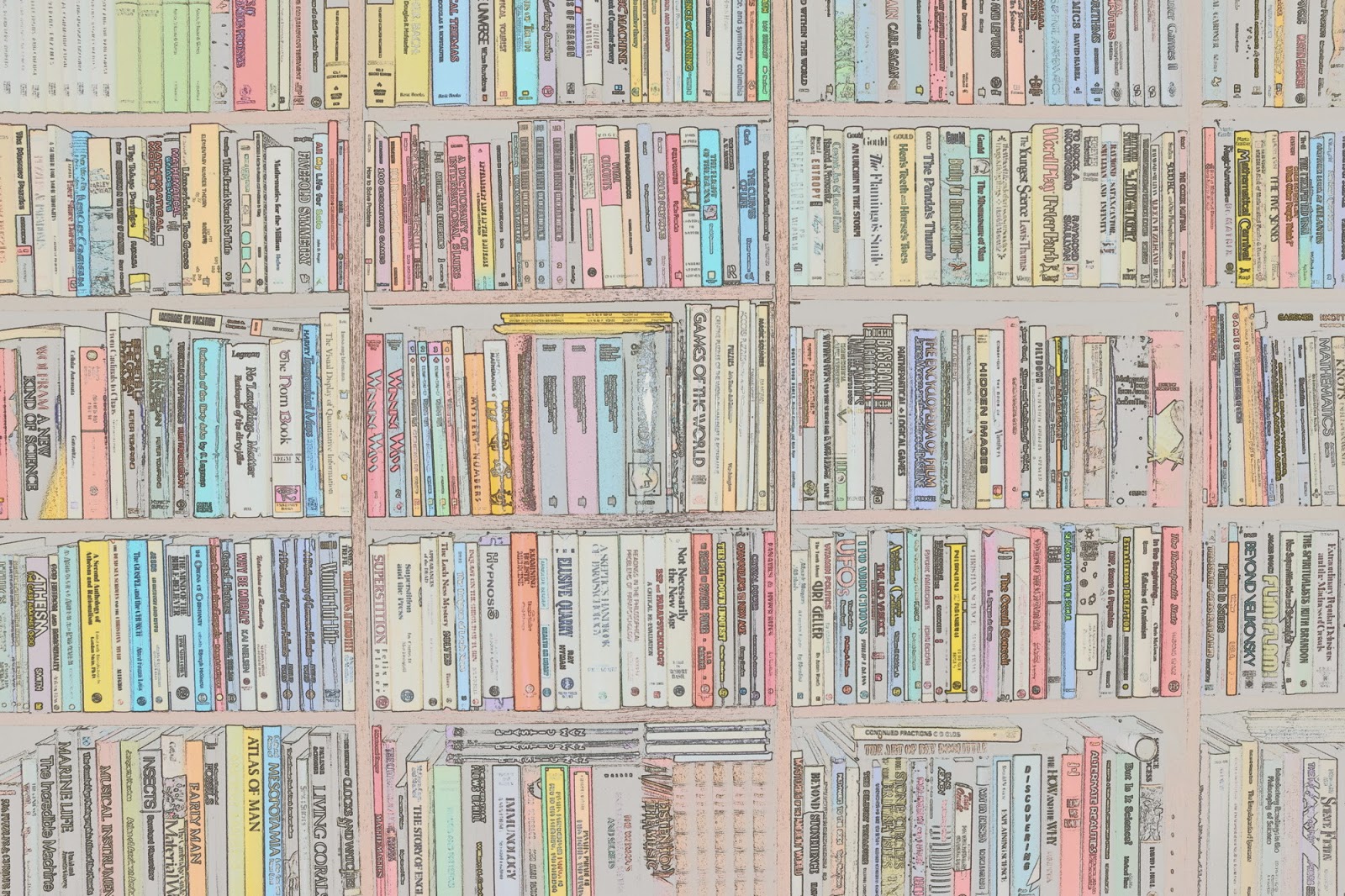 My new D5300 does some in-camera filter effects. My sense of photography is journalism — not art — so this seems to me extravagant and unnecessary. (If you want to photoshop, use a computer.) Regardless, I tried it out. This "shelfie" is a color sketch effect and its pastel hues are actually quite pleasant. I shared another shelfie on Google+ last year and there is some overlap with this image. The only other effect I have tried so far is HDR painting which was rather disappointing. I had hoped for better HDR and less painting.
Posted by Hans Havermann at 1:11 PM No comments: