Update: It is now a sequence in the OEIS.
Posted by Hans Havermann at 1:24 PM No comments:

3329 is a prime balanced factorial

It may appear that the following Mathematica execution took just over an hour. In fact, it has taken me many weeks to be able to write it.

I have suspected for years that the television picture supplied by the evil Canadian Rogers cable empire was sub-optimal at my Toronto house, owing (I thought) to a less-than-perfect infrastructure situation somewhere upstream. It all came to a head three years ago, as this lengthy complaint to an online Rogers employee attempts to explain. A senior technician did subsequently come to the house and declared my television — not their cabling — to be the problem. And alas, that television did indeed suffer from a defect (unbeknownst to me, as the set was borrowed from my daughter) that prevented proper reception on some channels. Rogers charged me $50 for the technician having to come to my house for no good reason, as it were. In light of the defect, I could not press the issue of sub-optimal reception.

Fast-forward to yesterday morning. I had lost my Teksavvy internet signal (which runs on Rogers' cable) and my television picture was somewhat more degraded than usual (so I knew it was an issue with the cable, not the modem). Rogers demands from Teksavvy a full accounting of the situation before they will issue a ticket for a technician to be sent and so I spent a full hour being interviewed by a Teksavvy employee, gathering modem and network details. Subsequently, Catherine found out from our immediate neighbours that they had lost their Rogers television signal altogether. 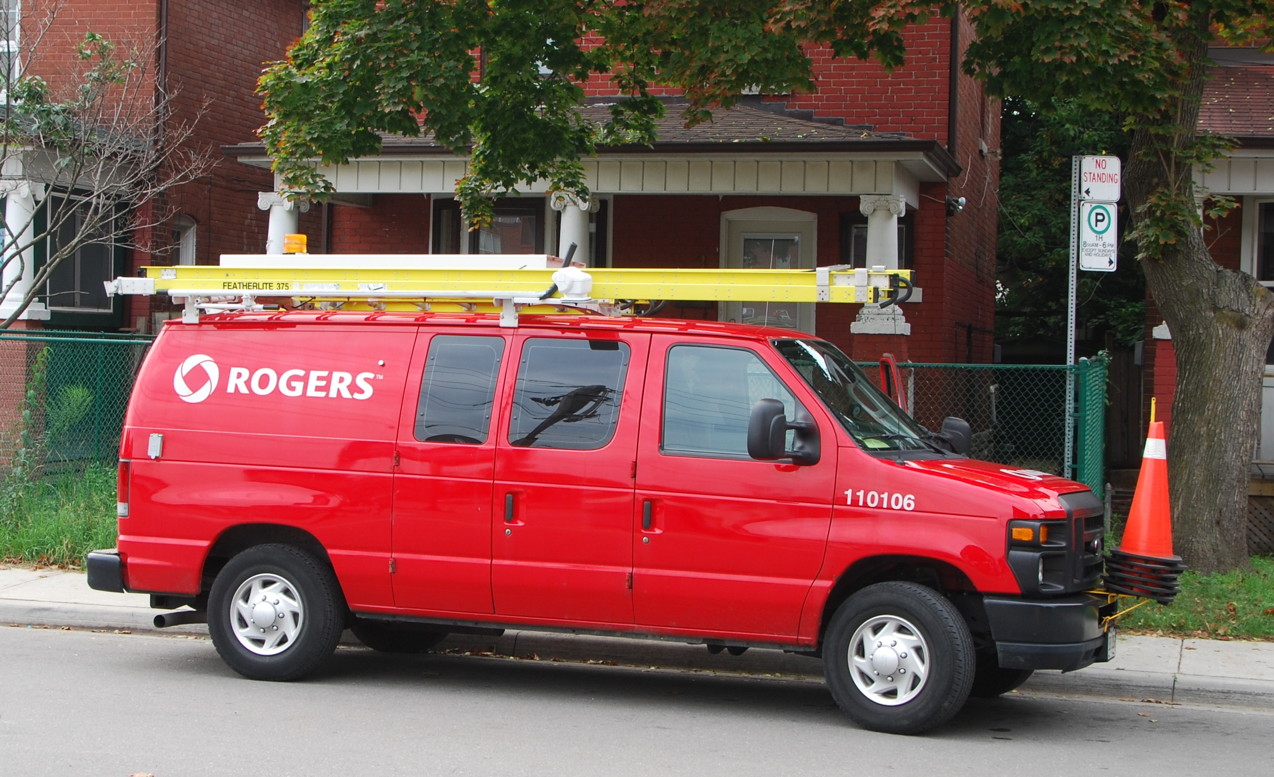 Early this morning a couple of Rogers subcontractor vehicles appeared and Catherine learned from their drivers that there were additional houses on the street without a Rogers signal. Unable to fix the problem on their own, they issued a Mayday to Rogers. The Rogers truck (pictured) appeared before ten. By noon I had my internet back — although it was off-again/on-again for several hours as they continued (I guess) to troubleshoot the line. Finally, they were done. I had my internet and when I turned on the television — I had a pristine picture the likes of which I had never seen. So yes, I did have a sub-optimal feed all these years!
Posted by Hans Havermann at 10:12 PM No comments: