When I was doing my releasing-the-stick research I came came across an older version of David Singmaster's Sources in Recreational Mathematics which referenced a newspaper article published shortly after the death of Sam Loyd in which was stated that he was survived by a son and two daughters. Singmaster asked if anyone had ever tracked the daughters and their descendants. Recreational genealogy is one of my hobbies, so I thought I'd give it a try.

It only took a couple of days to collate a decent family tree of the descendants of Isaac Smith Loyd and Elizabeth Singer — all from free web resources and of course a lot of searching. Sam Loyd's son is generally known as Sam Loyd Jr. but as Martin Gardner described it (in Scientific American, August 1957), "when the elder Loyd died, the younger dropped the 'Jr.'". 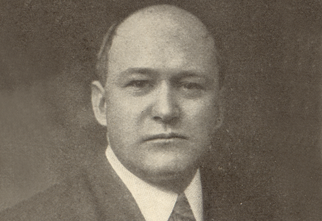 Photo stolen from this site. Let's do the genealogy:

So, we see the general transformation. What happened to the L? Actually, I still found it in use in a 1912 reference (in the 1913 Sam Loyd and his Chess Problems by Alain Campbell White, page 43) where he is L. Sam Loyd Jr. And what does the L stand for? Here I don't have anything definitive but this website suggests that it is Llewellyn (although it erroneously treats it as a surname, thus passing it on to his son).

Finally, I have to pay homage to Alex Jay's profile of Sam Loyd Jr. which anticipated many of my own genealogical points of interest and led me to discover that Emma Agnes Loyd had married.
Posted by Hans Havermann at 2:05 PM