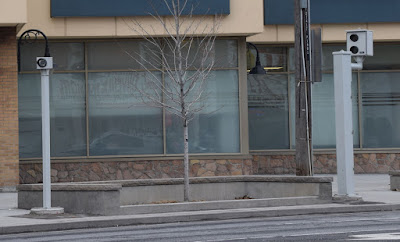 This local red-light camera setup became operational on 20 October 2017. The first photo shows the scene on the northeast corner of Lawrence Ave. W. and Weston Rd. A second picture shows it from the other direction: 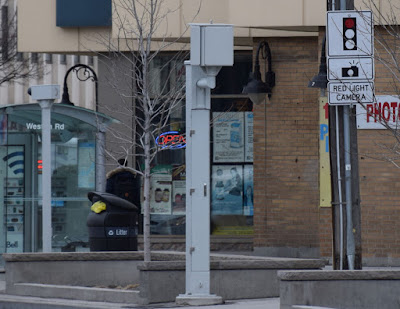 A reporter for WestonWeb (an acquaintance to whom I still owe a couple of beers) seemed to be unaware of its existence when he suggested that "there are only 77 red light cameras in the whole of Toronto and only one remotely close to our area (at Keele and Lawrence)". His erroneous 77 was apparently based on this City of Toronto website: 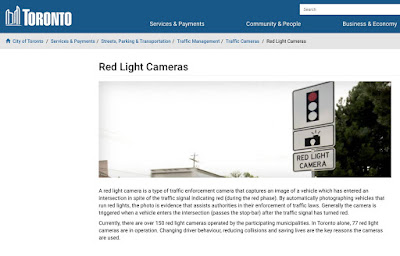 I attempted to get him to acknowledge that the number was small but he didn't think that that was too important: "... whatever the actual number and location is, it’s inadequate" and then doubled down on the number: "I believe that unmarked red light cameras should be at many more intersections than the current 77."

Banana, banana, banana! It wasn't too difficult to extract the actual apple from the basket. The supervisor of Toronto's Red Light Camera Operations assured me that — as of today — there are 124 red-light cameras in operation.
Posted by Hans Havermann at 3:45 PM