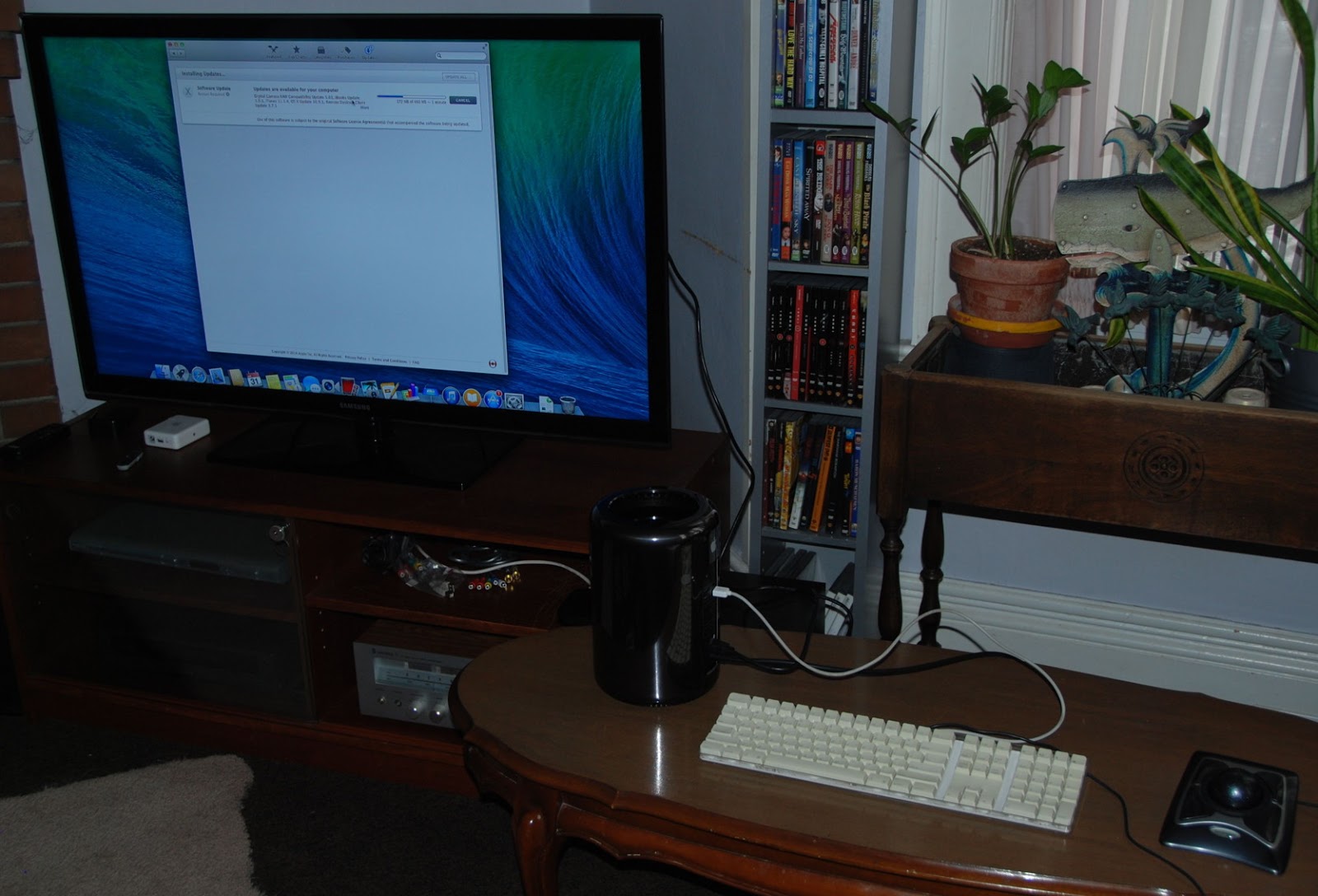 An exciting day for me as my Mac Pro arrived! After unpacking, the first challenge was finding that little booklet that accompanies Apple products. I opened up the Pro (the outer casing just slides up) and pulled out of their slots the existing RAM, replacing it with new chips (ordered from OWC two days ago — arrived yesterday). I wasn't sure how I was going to hook it up but, since I had an extra HDMI cable kicking around, I ended up just connecting it to my Samsung TV (for now). I got a ten-year-old Apple extended keyboard and a Kensington trackball out of storage and away I went.

When I got to the desktop, there was no menu bar. I thought this might have been an OSX Mavericks default thing, but no. After some time looking for online instructions on how to enable the menu bar it finally dawned on me that this might be a display issue. Indeed, shoving the cursor to the top of the screen and clicking I was able to engage a menu that had merely been cut off. I played with the Displays in System Preferences without success. Finally I managed to get a proper desktop by engaging the Samsung TV's display preferences — specifically the Screen-Fit option.

I spent some time updating the software. The pre-installed Keynote, Pages, and Numbers refused to update and, after a half-hour-or-so online chat with a couple of Apple employees, I was advised to apply for the Apple Up-to-Date program, which I did. Within an hour I received redeem-codes for the programs, installed them on my iMac, after which the updates on the Mac Pro proceeded without further ado.
Posted by Hans Havermann at 7:35 PM