The aging of David Powers and Julia Callahan 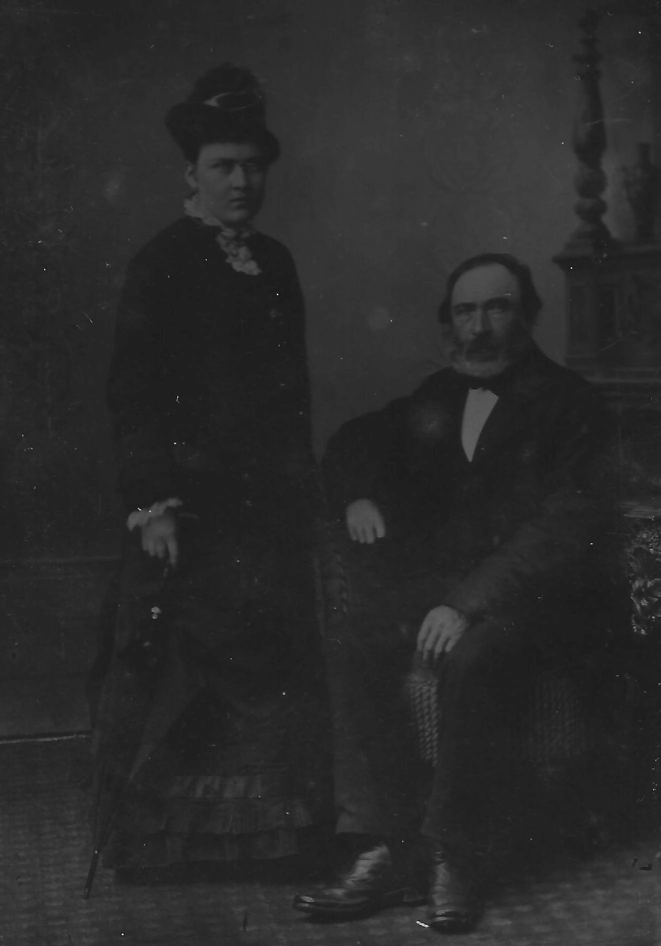 When I initially wrote my last item about the funeral of Josephine Powers Agen, I had indicated that David Powers Sr was born ~1824, and his wife Julia Callahan, ~1826. Those dates are direct conversions from their newspaper death notices (in 1886 and 1884) of ages 62 and 58, respectively. There's always that issue of the next birthday anniversary being up-and-coming (say, in the following month) which might skew the year but the greater problem is if the reported ages actually portray any semblance of reality.

Within twelve hours of publishing that blog entry, I discovered a previously-unknown-to-me 1855 Sandy Creek NY census that in all likelihood contained our two protagonists. Julia's surname of Callahan comes from David Powers Jr's 1929 death registration wherein his parents are named. FamilySearch suggests Kallegan is the 1855 transcription of Julia's surname although, looking at the script, it might just as well be Kalligan. There's even a hint of an h in there — if that isn't an extraneous mark:

But I'm more interested in Julia's age as a means of verifying that this is our Julia Callahan. The 24 would make her birth year ~1831, five years off; not a very good fit. So why would I think that this is her? Apart from being in the right place, it's the presence in this census' family unit of an Edward Powers. Edward is noted as being in that location for only two months (compared to Julia's two years). We do not know when David Powers Sr married Julia Callahan but their first child, David Edward, was born 7 February 1857 in Sandy Creek NY, so conceived in April or May 1856. The date of the census is 8 June 1855, so Edward arrived there in March 1855. About a year to get to know and marry Julia and, nine months later, name his first-born son after himself: David Edward Powers.

The 1855 ages actually agree quite well with the 1860 ones. The 1870 ages appear to be ten years off suggesting a possible subtraction mistake — were it not for the continuation of the age inflation in subsequent censuses and reports at death.

As a result of contemplating all this, I edited the Josephine Agen blog entry by removing David and Julia's birth years. Much as I give credence, generally, to ages reported at death, in my database I am making their birth years 1832 and 1831, respectively, in agreement with the earlier censuses. This would make them only 54 and 53, respectively, when they died.
Posted by Hans Havermann at 1:30 PM